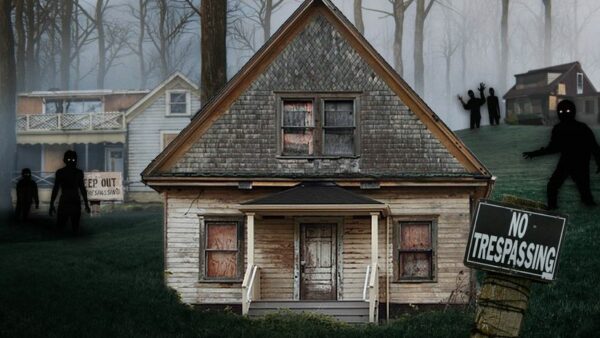 M, Irvine, Calif., said pre-foreclosure properties sitting vacant—“zombie properties”—increased by nearly 2 percent in the third quarter and by more than 2 percent from a year ago.

The company’s quarterly Vacant Property and Zombie Foreclosure Report showed 1.3 million (1,277,162) residential properties in the United States sitting vacant, representing 1.3 percent, or one in 78 homes, across the nation. ATTOM said 270,470 residential properties in the U.S. are in the process of foreclosure in the third quarter, up 4.4 percent from the second quarter and up 25.5 percent from a year ago, marking the fourth straight quarterly increases since a nationwide moratorium on lenders pursuing delinquent homeowners, imposed after the Coronavirus pandemic hit in 2020, was lifted at the end of July 2021.

“We see two trends heading in opposite directions – the number of vacant properties continues to decline and the number of zombie properties continues to increase, although neither trend appears to be particularly worrisome,” said Rick Sharga, executive vice president of market intelligence with ATTOM. “Vacancy rates should continue to be low as investor and prospective homebuyers compete for limited inventory. And the number of zombie properties should continue to increase slowly as foreclosure activity climbs back from historically low levels due to government intervention.”

However, the report noted zombie-foreclosed-properties remain historically low and continues to represent just a tiny segment of the nation’s total stock of 99.8 million residential properties. Just one of every 12,947 homes in the third quarter of 2022 is vacant and in foreclosure, meaning that most neighborhoods still have no such properties. The portion of pre-foreclosure properties that have been abandoned into zombie status, meanwhile, continues to decline, from 3.5 percent a year ago to 2.9 percent in the second quarter of 2022 and 2.8 percent in the third quarter of this year.

But Sharga noted the level of all homes sitting empty as zombie properties has grown for the second quarter in a row and now is up 3.6 percent from one in 13,424 in the first quarter of this year. The latest bump-ups in overall and zombie-property counts – while presenting an issue to watch – comes at a time when the relentless U.S. housing market boom has continued into its 11th year despite forces that threaten to slow it down.

ATTOM reported 7,707 residential properties facing possible foreclosure were vacated by their owners nationwide in the third quarter, up from 7,569 in the second quarter and from 7,538 a year ago.