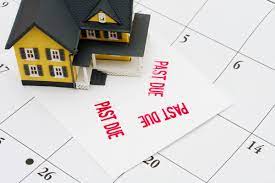 The mortgage delinquency rate is improving at an unprecedented rate, researchers say. That’s thanks in large part to a gradually recovering labor market.

According to the Mortgage Bankers Association (MBA) Q1 report, the delinquency rate for mortgage loans on one-to-four-unit residential properties decreased to a seasonally adjusted rate of 6.38% of all loans outstanding at the end of the first quarter. The MBA includes loans in forbearance if the payment was not made based on the original terms of the mortgage. The research shows the delinquency rate dropped 35 basis points from the fourth quarter of 2020. Experts at the MBA say there has never been such a substantial decline in the delinquency rate over such a short period of time.

“Mortgage delinquency rates continued to decrease in the first quarter of 2021, as a rebounding job market and stimulus checks helped borrowers stay current on their mortgage payments,” Walsh said. “Mortgage delinquencies track closely to the U.S. unemployment rate, and with unemployment dropping from last year’s spike, many households appear to be doing better.”

In April’s employment statistics report, jobs gains came in at 266,000. The U.S. has now regained approximately 63% of the jobs lost at the start of the pandemic. It’s still “far below consensus expectations,” says First American Economist Odeta Kushi, but homeowners seem to be suffering slightly less, fiscally.

That said, the mortgage delinquency rate, which peaked at 8.22% in the second quarter of 2020, has dropped by 184 basis points to 6.38% within three quarters. In addition, this quarter’s earliest stage delinquencies— the 30-day and 60-day delinquencies combined—dropped to the lowest levels since the inception of the survey in 1979, Walsh said.