Homeowners and Buyers are the Real Winners in the 2020 Election 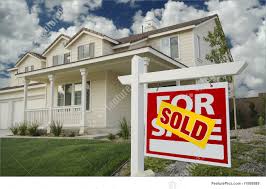 Volatility surrounding the 2020 presidential election has helped push mortgage rates to their 12th record low this year, giving both homeowners and buyers a boost.

The average rate on the popular 30-year fixed mortgage fell to 2.78% for the week ending Nov. 5, down from 2.81% the previous week and 3.69% the same week one year ago, according to Freddie Mac.

“Interest rates dropped to another record low this week … because of uncertainty around the election results,” said George Ratiu, senior economist at realtor.com.

“In a volatile economic environment, where the number of Americans filing for initial unemployment just last week totaled an elevated 751,000, and with low returns due to the Federal Reserve’s quantitative easing, bond investors sought the relative safety of mortgage-backed securities.”

Other mortgage products, including the 15-year fixed, FHA loans and jumbo mortgages, set new record lows for their average rates last week, according to the Mortgage Bankers Association, or MBA.

With rates now close to a full percentage point lower than they were a year ago, homeowners are rushing to refinance yet again, even as so many have already refinanced in the past year. Mortgage applications to refinance a home loan were over 80% higher last week compared with a year ago, according to the MBA.